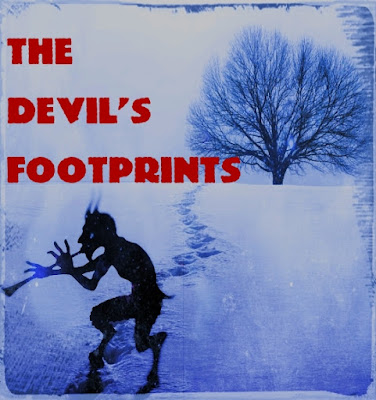 On a cold Snowy February 1855 a strange event occurred through both East and South Devon that is still often mentioned to this day, that event would become known as the Devil's footprints. After a night of heavy snowfall the areas around Exe Estuary woke to a strange sight, a series of hoof like foot prints could be seen they stretched for between some 40-100 miles crossing gardens and roof tops. The explanation for this if lore is to believed is that the residents of East and South Devon were visited by the devil that wintery night as he wandered through the county plotting some nefarious deeds no doubt and all that was left as the witness were his cloven hoof marks.

The hoof prints were traced over haystacks, through walls and even roofs this was certainly not the works of the local wildlife unless deer and horses can climb and pass through solid objects. The Times described the prints as the Times the footprints were described as:

"more like that of a biped than a quadruped, and the steps were generally eight inches in advance of each other. The impressions of the feet closely resembled that of a donkey's shoe, and measured from an inch and a half to two and a half inches across."

One of the only contemporary accounts taken was not discovered until nearly 100 years later and belonged to that of Reverend H. T. Ellacombe the then Vicar of Clyst St. George in the letter to the Illustrated London News marked 'not for publication' he wrote:

“The marks which appeared on the snow (which lay very thinly on the ground at the time), and which were seen on Friday morning, to all appearances, were the perfect impression of a donkey’s hoof – the length 4 inches by 2 ¾ inches; but instead of progressing as that animal would have done (or indeed as any other would have done), feet right and left, it appeared that foot had followed foot, in a single line; the distance from each tread being eight inches, or rather more – the foot-marks in every parish being exactly the same size, and the steps the same length.”

Comments like these must have played on the locals minds and they became more convinced that the hoof prints were caused by Satan himself, this belief was increased due to the foot prints travelling clear through to the ground underneath much like if a hot cattle brand or 'the devils burning hot hooves' melting the snow to the ground.

There have been many attempts to explain this occurrence through rational and natural means be it man or beast. One of the more accepted is that some kind of experimental balloon was released by accident from Devonport Dockyard and the trailing chain made the prints with the shape of the chain in the snow resembling hoof prints. Other more outlandish claims were that a kangaroo had escaped from a private zoo in Sidmouth which was owned by a Mr Fische.

Most other theories have also revolved around animals including that of them being badger prints as badgers rear paws move in to the space left by the front paws thereby giving the impression of a bipedal animal. Other scientists have tried to explain them away by suggesting they are a formation of frozen rain but as yet this has not been shown to actually happen naturally. Others have put it down to the classic mass hysteria. Sadly as the prints were never photographed all theories are based around verbal accounts and drawings and apart from those present at the time no one was  ever able to see the actual prints as the appeared.

This is a mystery that may well never be solved and the truth may never be known save for the people of Devon on the fateful winters day.

Maybe the Devil did go down to Devon.

If you would like to read more please visit the links Here, Here and Here.

Thanks for stopping by

Popular posts from this blog

Black Dogs and Where to Find them 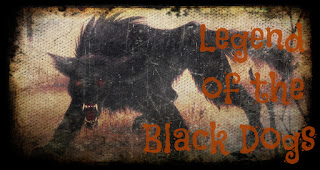 The UK has a very long history with spectral dogs. Known by many names be it devil dogs, he'll hounds, shucks, barghest, black dogs or dogs of the wild hunt. Nearly every country has their own for some they are a portent of imminent doom, for others they are a demonic force sent to scare and test their faith, some believe that the spirit of an evil person in life can come back as a spectral hound and to others they are a natural part of the psychic landscape of this very old land. There are tails from hundreds of years ago to the present and the descriptions are remarkably similar.  A creature known as 'Hairy Jack' a large black spectral dog was said by locals to haunt the roads and by-ways of Lincolnshire. Although mostly a passive observer it would on occasion attempt to attack passers-by.   The barghest as it is known in northern parts of England is described as you may think a hell-hound from a horror movie would look. Very large with dark black fur, large sharp teeth a
Read more 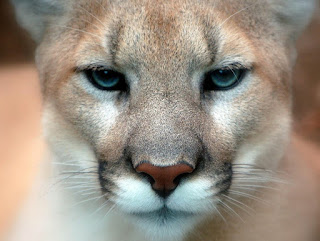 A North Wales farmer has told the local press that he has lost 10 sheep since July from what he believes is a puma stalking his farm animals. He states that they are killed by a single distinctive bite to the neck and if the carcass is left more is taken away (presumably eaten by the same animal) over the next few days. The attacks were in the Beddgelert area of North Wales near Snowdonia. The exact location has been withheld due to fears hunters may try to go after the animal. The farmer has also said that a neighbour has had a ram killed and another neighbour (or possibly the same one as it us not stated) saw a large cat (about three times the size of a domestic cat) light brown in colour jump over a wall back in August.  This is not the first time this area of Wales has been subject to suspected big cat attacks as in 2015 the same area of Nantmor and Beddgelert. Where more sheep had been were lost (assume killed) and a witness reported seeing a mother puma with cubs! Area where a pu
Read more

RTI
A paranormal and Fortean researcher and investigator based in the UK with over 15 years of experience interested in all aspects of folklore, cryptozoology and fortean studies including bigfoot/wildman sightings, UFOs, ancient artefacts, werewolf and black dog sightings and Alien Big Cat reports.